St. Margaret’s Health and St. Margaret’s Hospital, a 44-licensed bed facility, was founded in November of 1903 by seven sisters from the Sisters of Mary of the Presentation, a group of nuns expelled from France by an anti-religious government.

At the turn of the century, Spring Valley was a large coal mining camp with a population of 6,214 people. Laws governing the protection of miners were few, and accidents and deaths were frequent.

The area’s great need for a hospital facility was recognized by the Rev. John Power, pastor of the Immaculate Conception Church. He appealed to the Sisters of Mary of the Presentation to staff the new hospital. Twenty-five acres of land and a two-story frame house were donated by Father Power, and so it began.

When the first seven sisters arrived in November, 1903, they were practically without funds, and only a few of them spoke English. The little hospital was nearly unfurnished and contained only a five-bed ward and one private room. The building was illuminated by kerosene lamps and heated with coal stoves. The success of the new venture seemed doubtful. However, from this humble beginning, St. Margaret’s Health has grown to become the community care center that we know today.

People’s Hospital in Peru opened in 1914 and became Illinois Valley Community Hospital in 1976 when it merged with St. Mary’s Hospital in LaSalle.  The St. Mary’s building—which was located where the Illinois Veterans’ Home now stands—was closed following the merger. Expansion of the People’s campus began immediately and culminated with the opening of an 80-bed addition in 1979.  Moving forward, further expansions included:

The Hygienic Institute in LaSalle, which, like IVCH, opened in 1914, became part of the Peru hospital in 1996.

About the SMP Health Ministry

During the early days of the SMP hospitals, the Sisters were responsible for all aspects of their operations, including growing their own food and, in some cases like St. Margaret’s, raising cows and chickens. There were no boards of directors. The Sisters handled all business matters, as well as staffing the operating rooms, lab, X-ray and dietary departments. They were also the head nurses on all floors and night supervisors. In addition to all that, they did it without receiving any salaries for those directly serving in the health care ministries. In time, however, this kind of simplicity became unsustainable. Medical technology, government reimbursement, insurance, urbanization and the corresponding expansion and consolidation of healthcare institutions contributed to the complexity of health care from its formerly more local character.

Click to read more about the SMP Health Ministry.

A Letter from Our President

Welcome to St. Margaret’s Health, the premier provider of health care in the Illinois Valley since 1903. Our sponsors, the Sisters of Mary of the Presentation, the Board of Directors, Administration, the Medical Staff and everyone St. Margaret’s are unified in our focus to provide you and your loved ones high quality, compassionate care in an environment of Healing Hospitality. Advanced technology, combined with friendly, knowledgeable staff is right here, close to home, ready to serve you.

Use the links provided in this website to learn more about what we offer. If you have additional questions, we have highly qualified staff to answer your questions. You can depend on not only your physician and nurses, but other disciplines, like our chaplains, social service staff and others to provide you with valuable advice and support. 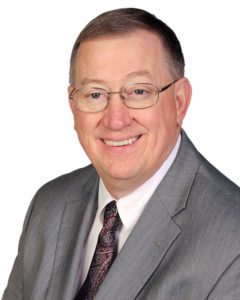 View our Board of Directors

St. Margaret’s Health Care, in union with the Sisters of Mary of the Presentation, is committed to the values of Catholic health care in caring for the needs of our patients and their families, the community and one another. Through our belief in God and our respect for life, we provide holistic quality health care with dignity and compassion.

We carry forth this healing ministry of Jesus, inspired by the values of:

The people who work with us are our greatest resource – boards, medical staffs, administrative groups, employees, and volunteers. We share our ministry with them. Read more about the Shared Ministry.

The symbolism of the emblem of the Sisters of Mary of the Presentation and its incorporation into the logo of St. Margaret’s Health

An appropriate understanding of the mission of SMP Health and its ministries requires that we continually acknowledge our source in the Sisters of Mary of the Presentation. Their sponsorship is never to be overlooked and we perpetuate this relationship in our logo as well as in the name of our organization.

Our ministry logo for St. Margaret’s Health incorporates the emblem of the Sister of Mary of the Presentation to identify and perpetuate the Sisters as the source of our ministry, its mission, history and identity.

The Emblem of the Sisters of Mary of the Presentation

In 1982 the General Chapter of the Sisters of Mary of the Presentation agreed to this oval symbol as a common community symbol to indicate membership in the Congregation.

The symbolism is explained by the Sisters as follows:

Discrimination is Against the Law!

St. Margaret’s Health complies with applicable Federal civil rights laws and does not discriminate on the basis of race, color, national origin, age, disability, or sex.